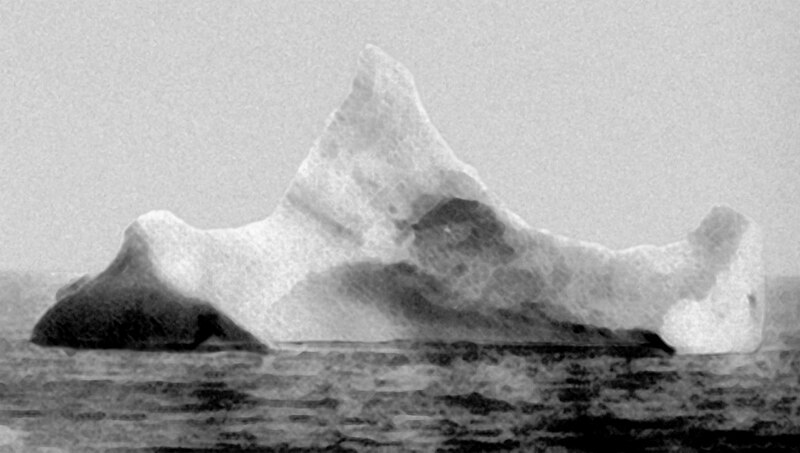 While on LinkedIn a couple of weeks ago, an interesting graphic caught my eye. Titled “The Iceberg of Ignorance”, it referred to a 1989 study in which:

…consultant Sidney Yoshida concluded: “Only 4% of an organization’s front line problems are known by top management, 9% are known by middle management, 74% by supervisors and 100% by employees…”

The metaphor of the iceberg is simple to understand. The implications of these numbers, however, require some unpacking so as to understand the full nature of the problem. Once the problem is better defined, effective solutions can then be proposed.

A naive reading of this would be that the line-level employees know everything and that the higher you travel up the hierarchy, the more out of touch you get. That reading, however, fails on two counts. Firstly, it ignores the qualification of “front line”, which will not apply to all problems faced by the enterprise. Secondly, it fails to account for the fact that while 100% of front line problems will be known by front line employees, that’s not the same as saying that each front line employee will know 100% of front line problems.

It’s a question of cognitive capacity, both depth and width. As organizations grow, the idea that any one person could be aware of each and every detail of the operation becomes laughable, even assuming perfect communication (which is an extreme assumption). This difficulty is compounded by cultural conditioning to expect those in charge to know what’s going on:

Unfortunately, I suspect the vast majority of leaders and managers believe they should have all the answers — even though they couldn’t possibly know everything that’s going on at all levels and in all departments within their organization. And even though the world is changing so quickly that what we know right this second … may not be true and accurate anymore … in this second.

But because we’ve been entrained to have all the right answers, all the time, many of us put on a brave face and pretend we know — particularly when our boss asks us a question, or when a direct-report does. After all, we want to look good. We want to seem “on top of things.”

Pretending to have all the answers is stressful. It’s lonely. It’s draining.

And what if, when we are pretending to know, we give an answer that we later discover is wrong? Yikes! Now what?

In this situation, many people feel forced to “stick to their guns,” even in the face of conflicting evidence. So they wind up suffering from stress, anxiety and fear that they’ll be found out.
They may even hide the “correct answer” to save face, which certainly doesn’t do their conscience — or their company — any good.

Can you see how this need to have all the answers, all the time, can contribute to a culture of assumptions, half-truths and even outright lies?

In this sort of environment, do you think people are connecting deeply and sharing freely? Of course not. They’re competing with one another and hoarding information, because they believe the person with the right answer wins!

This culture of denial, delusion, and deception is how organizations arrive at the extreme situation I discussed in my last post, “Volkswagen and the Cost of Culture”. Casual dishonesty, towards others and yourself, leads to habitual dishonesty. Corruption breeds corruption. Often, it’s not even coldly calculated evil designed to profit, but ad hoc “going along to get along” to avoid consequences – impostor syndrome on an epic scale.

Command and control (the term of art from military science, not the pejorative description for micromanagement) is a subject with a long history. It’s frequently abbreviated as C3, since communication is an integral component of the discipline. A pair of techniques with a pedigree going back to the 18th century have a track record of success.

In his post “Auftragstaktik and fingerspitzengefühl”, Tom Graves describes these techniques:

The terms originate from the German military, from around the early-19thC and mid-20thC respectively. They would translate approximately as:

The crucial point here is to understand that they work as a dynamic pair, to provide a self-updating bridge between strategy, tactics and operations, or, more generally, between plan and action.

In the post, Tom describes these techniques through the example of the air defense system used by Britain in WWII. In this system, information flowed into the command centers from observers, and radar installations. The information was combined and contextualized, then sent back out to airfields and anti-aircraft batteries where it was used to repel air attacks. Tom noted that this is often depicted as a linear flow:

Yet describing the Dowding System in this way kinda misses the point – not least that there’s alot of information coming back from each of the front-line units at the end of that supposed one-way flow. Instead, the key here is that auftragstaktik and fingerspitzengefühl provide afeedback-loop that – unlike classic top-down command-and-control – is able to respond to fast-paced change right down to local level.

The linear-flow description also misses the point that it depends on more than information alone – there are key human elements without which the auftragstaktik / fingerspitzengefühl loop risk fading away into nothingness. For example, auftragstaktik is deeply dependent on trust, which in turn depends on a sense of personal connection and personal, mutual commitment, whilst fingerspitzengefühl depends on a more emotive form of sensing, of feeling, of an often-literal sense of ‘being in touch‘ with what’s going on out there in the real-world

The Dowding system worked by combining effective communication and realistic command & control methods. Bi-directional communication improved situational awareness both up and down the hierarchy, providing detail to the upper layers and context to the lower ones. Realistic command and control can be summarized like this: since no one can possibly have full breadth and depth of knowledge about the situation, provide direction appropriate to your level (in accordance with the directions you received) and delegate to your subordinates the decisions appropriate to their level. In theory, as well as largely in practice, this resulted in decisions being made by those with the best knowledge to do so (again, guided by general direction from above).

A system that works with reality, rather than against it? What a concept.

6 thoughts on “The Ignorance of Management – Deep and Wide”