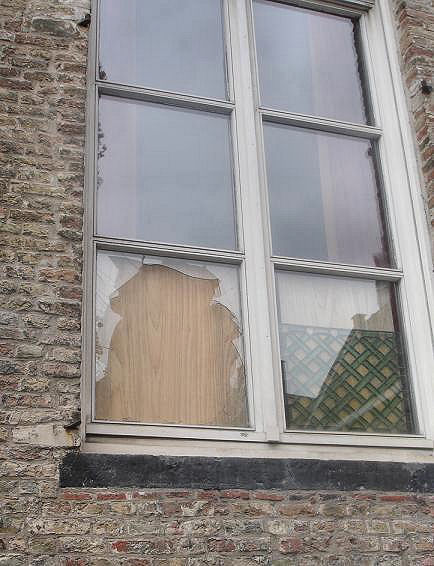 Quite a lot, actually. To connect the dots, we need to start from the point of view that the architecture is essentially a set of design decisions intended to solve a problem. The architecture of that problem consists of a set of contexts. The fitness of a solution architecture will depend on how well it addresses the problem architecture. While challenges will emerge in the course of resolving a set of contexts, understanding up front what can be known provides reserves to deal with what cannot.

About two weeks ago, during a Twitter discussion with Greger Wikstrand, I mentioned that the topic (learning via observational studies rather than controlled experiment) coincided with a post I was publishing that day, “First Do No Harm – the Practice of Software Development” (comparing software development to medicine). That triggered the following exchange:

@GeneHughson It always seems like coincidence, but it has to do with mental readiness to notice things. 😉

@GeneHughson Awareness yes, but focused on what?

@GregerWikstrand exactly! two views, two concerns (getting lost vs bumping into things) - ignoring either has its costs

A few days later, I stumbled across a reference to Frédéric Bastiat‘s classic essay on economics, “What Is Seen and What Is Not Seen”. For those that aren’t motivated to read the work of 19th century French economists, it deals with the concepts of opportunity costs and the law of unintended consequences via a parable that attacks the notion that broken windows benefit the economy by putting glaziers to work.

A couple more days went by and Greger posted “Confirmation bias in software engineering” on the pitfalls of being too willing to believe information that conforms to our own preferences. That same day, I posted “Let’s Talk Value (Who Needs Architects?)”, discussing the effects of perception on determining value. Matt Ballantine made a comment on that post, and coincidentally, “confirmation bias” came up again:

I think it’s always going to be a balance of expediency and pragmatism when it comes to architecture. And to an extend it relates back to your initial point about value – I’m not sure that value is *anything* but perception, no matter what logical might tell us. Think about the things that you truly value in your life outside of work, and I’d wager that few of them would fit neatly into the equation…

So why should we expect the world of work to be any different? The reality is that it isn’t, and we just have a fashion these days in business for everything to be attributable to numbers that masks what is otherwise a bunch of activities happening under the cognitive process of confirmation bias.

So when it comes to arguing the case for architecture, despite the logic of the long-term gain, short term expedience will always win out. I’d argue that architectural approaches need to flex to accommodate that… http://mmitii.mattballantine.com/2012/11/27/the-joy-of-hindsight/

The common thread through all this is cognition. Perceiving and making sense of circumstances, then deciding how best to respond. The quality of the decision(s) will be directly related to the quality of the cognition. Failing to take a holistic view (big picture and details, not either-or) will impair our perception of the problem, sabotaging our ability to design effective solutions. Our biases can lead to embracing fallacies like the one in Bastiat’s parable, but stakeholders will likely be sensitive to the opportunity costs of avoidable architectural refactoring (the unintentional consequence of applying YAGNI at the architectural level). That sensitivity will color their perception of the value of the solution and their perception is the one that counts.

Making the argument that you did well by costing someone money is a lot easier in the abstract than it is in reality.

9 thoughts on “We Deliver Decisions (Who Needs Architects?)”