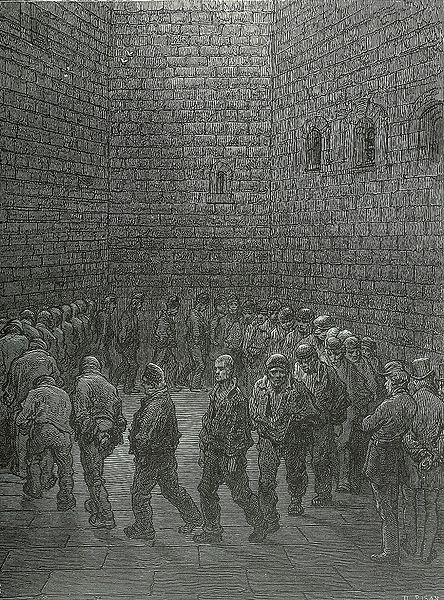 The most important thing to learn about management and governance is knowing when and how to manage or govern and more importantly, when not to.

The story is told about a very new and modern penal facility, the very epitome of security and control. Each night, precisely at 11:00 PM, the televisions were shut off and the inmates were herded into their cells for lights out. Since the inmates tended to dislike their enforced bedtime, fights would ensue during the lockdown and throughout the night when the cells needed to be opened (both for purposes of head counts and to respond to the inevitable conflicts caused by locking people in close quarters). If the problems were pervasive enough, an entire housing unit might be punished by – wait for it – being confined to their cells (perpetuating the cycle).

Management of the facility was at a loss on what to do. The conflict was causing disruption in the day-to-day activities. This disruption further exacerbated tensions. The fights led to injuries to both staff and inmates, raising costs and risk of civil litigation, as well as causing staffing problems.

The answer was simple – stop the lockdowns. When the policy was reviewed objectively, it was obvious that enforcement was yielding no benefits to offset the many costs. In fact, stopping enforcement actually increased security by reducing tensions and causing the night owls to sleep in during the day. In a real-life zen moment, it was realized that letting go of the illusion of control provided real control (or at least something closer to it).

Most organizations could benefit from a similar epiphany.

This is not to suggest that process, management, and governance are unnecessary, far from it. Instead, it’s important that the system by which things are run is…systemic. As Tom Graves likes to say, “…things work better when they work together, on purpose”. Intentional design applies to social systems, just as it applies to software systems. Ad hoc evolution, by way of disjointed decisions unencumbered with any coherence, lead to accidental structures. Entropy emerges.

This can be seen in a tweet from Charles T. Betz:

Or, as Gary Hamel tweeted:

The alternative is to do as Yves Morieux stated in his TED talk: “We need to create organizations in which it becomes individually useful for people to cooperate.” This involves a ruthless attention to cause and effect. This involves creating environments where unnecessary friction is removed and necessary friction is understood to be necessary by all involved. It’s a lot easier to get compliance when it’s easier to comply and a lot easier to get conflict when you provoke it.

13 thoughts on “Locking Down the Prisoners: Control, Conflict and Compliance for Organizations”