In order to respond appropriately to the context we find ourselves in, it’s helpful that we be able to correctly define that context. It’s something humans aren’t always good at.

Not too long ago, Sun Tzu’s The Art of War was all the rage as among executives. While the book contains some excellent lessons that have applications beyond the purely military, as someone in my Twitter feed noted recently, “Business is not war”.

[Had I realized that the tweet, in combination with another article, would trigger something in my byzantine thought processes, I would have bookmarked it to give them credit – sorry!]

Business is, indeed, not war. In fact, one of the nuggets of wisdom to be found in Clausewitz’s treatise, On War, is that war is often not war. Specifically, what he is saying is that the reality of a concept often diverges from our (mis)understanding of that concept. Our perception is colored by factors such as our experience, beliefs, and interests. Additionally, our tendency to employ abstraction can be both tool and trap. Ignoring irrelevant detail can simplify reasoning about something, assuming that the detail ignored is actually irrelevant. Ignoring relevant detail can quickly lead to problems.

The game of chess illustrates this. Chess involves strategy and has its origins as an abstract simulation of war. Beyond promoting a very rudimentary type of strategic thought, chess is far from capable of simulating the complex social system of warfare. Perhaps if all the pieces were sentient and had both agency and agenda (bonus points for contradictory ones potentially conflicting with the player’s agenda), it might come closer. Perhaps if the boundaries of the arena were indeterminate, it might come closer. Perhaps if the state of the terrain, the composition and disposition of forces (friend, as well as foe), and the goals of the opponent were less transparent, it might come closer.

In short, the more certainty there is, the less accuracy there is. Where the human aspect is ignored or minimized, you may gain certainty, but it comes at the cost of losing contact with reality. Social systems are highly complex and treating them otherwise is like looking for a gas leak with a lighter – you may be able to do so, but your chances of liking the results are pretty small.

This post was originally planned to be for last week, but I stumbled into a Twitter conversation that illustrates my point (specifically re: leadership and management), so I wrote that first as a preamble. Systems of practice designed for a context where value equals effort expended are unlikely to work well in a knowledge work context where the relationship between effort and value is less direct (where, in fact, the value curve may invert past a certain point). Putting an updated veneer on the technique with data and algorithms won’t improve the results if the technique is fundamentally mismatched to the context (or if there is a disconnect between what you can measure and what you actually want). Sometimes, the most important thing to learn about management is when not to manage.

Disconnects between complex contexts and simplistic practices transcend the management of an organization, reaching into the very architecture of the enterprise itself (both in the organization and its relationship to its ecosystem). Poorly designed organizations (which includes those with no intentional design) can wind up with their employees faced with perverse incentives to act in a manner that conflicts with the best interests of the organization. When the employee is actually under pressure from the organization to sabotage the organization, the problem is not with the employee.

Just as with a software system, social systems have both problem and solution architectures. Likewise, in both cases the quality of the solution architecture is dependent on how well (or not) it addresses the architecture of the problem. Recognizing the various contexts in play and then resolving the conflicts between them (to include resolving challenges arising from the resolution of the original conflicts) is the essence of architectural design, regardless of the type of system (software or social). Rather than a static, one time activity, it is an ongoing need for sensing system health and responding appropriately throughout the lifecycle of the system (in fact, stopping the process will likely hasten the end of the lifecyle by way of achieving a state where the system cannot be corrected). 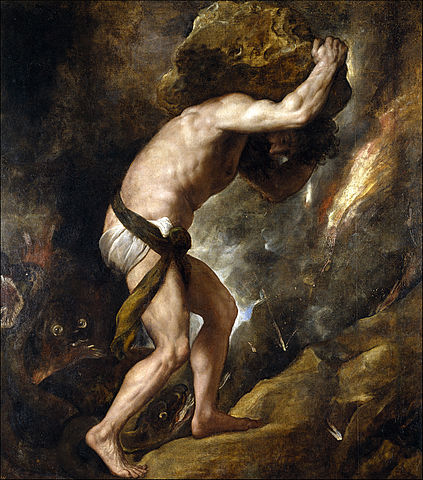 Why would anyone worry about user experience for anything that’s not customer-facing?

This question was the premise of Maurice Roach’s post in the Zühlke blog, “Empathise with your users or you won’t solve their problems”:

Bring up the subject of user empathy with some engineers or product owners and you’ll probably hear comments that fall into one of the following categories:

These aren’t unexpected responses, it’s easy to put empathy into the “touchy feely”, “let’s all hug and get along” box of product management.

Empathy does a number of things, but mainly it increases the likelihood that the delivery team will think of a user and their pain points when delivering a feature.

If an engineer, UX designer or product owner will has sat with a user, watched them interact with their current software or device they will have an understanding of their frustrations, concerns and impediments to success. The team will be focused on creating features with the things they have witnessed in mind, they’re thinking about how their software will affect a human being and no amount of requirement documentation will give them that emotional connection.

All of these are valid reasons, but the list is incomplete. All of these answer the question from a software development point of view. To his credit, Roach pushes past the purely technical aspects into the world of the user. This expanded exploration of the context is, in my opinion, absolutely essential. What’s presented above is an IT-centric viewpoint that needed to be married with a business-centric viewpoint in order to get a fuller picture.

Nick Shackleton-Jones, in his post “The Future Is… Organisational Usability!”, outlined on the problem:

Here’s how your organisation works: you hire people who are increasingly used to a world where they can do pretty much anything via an app on their iPhone, and you subject them to a blizzard of process, policy, antiquated systems and outdated ways of working which pretty much stop them in their tracks, leaving them unproductive and demoralised. Frankly, it’s a miracle they manage to accomplish anything at all.

As he notes, enterprises are putting a lot of effort into digital initiatives aimed at making it easier for customers to engage with them. However:

…if we are going to be successful in future we need to make it much easier for our people to do their jobs: because they are going to be spending less time with us, and because we want engagement and retention, and because if we require high levels of capability (to work our complex systems) then our resourcing costs will go through the roof. We have to simplify ‘getting stuff done’. To put it another way: in an ideal world, any job in your organisation should be do-able by a 12-yr old.

While I disagree that “any job in your organisation should be do-able by a 12-yr old”, Shackleton-Jones point is well-taken that it is in the interests of the business to make it easier for people to do their jobs. All aspects of the system, whether organizational, procedural or technological, should be facilitating, not hindering, the mission. Self-inflicted, unnecessary impediments are morale-killers and degrade both effectiveness and efficiency. All three of these directly impact customer-experience.

While this linkage between employee user experience and customer experience makes usability important for line of business systems (both technological and social), it has value for peripheral systems as well. Time people spend on ancillary tasks (filling out time sheets, requesting supplies, etc.) is time not spent on their primary duties. You may not be able to eliminate those tasks, but you can minimize their expense by making them quick and easy to complete. The further someone’s knowledge/skill/experience level gets from “do-able by a 12-yr old”, the bigger the savings by paying attention to this.

Prof Bo Molander once pointed out to me and the other students in the class that when you try to change people, you go up against billions of years of evolution, “good luck with that” and when you try to change groups, you go up against millions of years of evolutions, “good luck with that too”. The only thing you can hope to change is the organization.

Greger Wikstrand and I have been carrying on a discussion about architecture, innovation, and organizations as systems. Here’s the background so far:

The rest of the paragraph sheds some light:

It is the same with my sheep, I do not try to change them as individuals or as a flock but by managing their access to shelter, food and water and by managing onboarding and offboarding of individual sheep in the flock I do manage the whole organization according to my goals.

Rather than changing the nature of sheep, individually or as a group, Greger uses his knowledge of their nature to structure things so that compliance is the natural outcome. Changing their nature, assuming it’s even possible, would take millions of years. Working with the grain of their nature is considerably easier. Military organizations have recognized this since ancient times, using individual and group characteristics to promote unit cohesion.

In the post “Locking Down the Prisoners: Control, Conflict and Compliance for Organizations”, I noted something similar. You get a lot more compliance when you make it easier to comply. Conversely, making it difficult for someone to do their job well is an excellent way to kill both motivation and effectiveness. I’ve used the quote from Tom Graves before, but it bears repeating: “…things work better when they work together, on purpose”.

Matt Ballantine, in his post “Best Practice versus Good Ideas”, showed how an organization promoted innovation. Rather than imposing “best practices”, which depending on context might not actually be “best”, the company promoted learning and sharing. Because these behaviors were rewarded, people engaged in them and innovation was fostered. Both the organization and the people that made it up benefited.

Congruence between what is said and what is done is critical. I’ve seen it said that changing culture is hard. Changing culture is impossible if you claim to value one thing but your actions demonstrate that you really don’t.