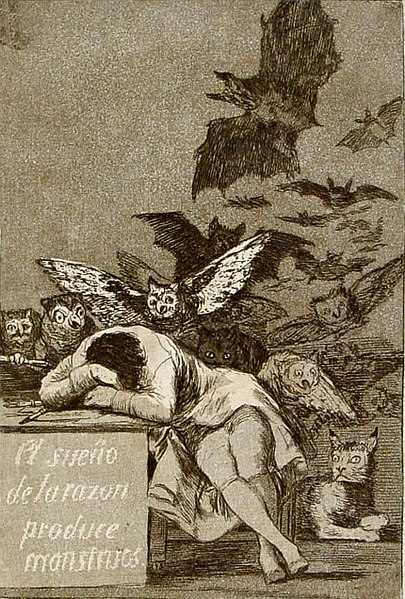 Some things seem so logically inconsistent that you just have to check them out.

Such was the title of a post on LinkedIn that I saw the other day: “Innovation In Fear-Based Cultures? Or, why hire lions to be dogs?”. In it, Michael Graber noted that “…top-down organizations have the most trouble innovating.”:

In particular, the fearful mindsets that review, align, and sign off on “decks” to be presented to Vice President-level colleagues often edit out the insights and recommendations that have the power to grow the business in new ways.

These well-trained, obedient keepers of the status quo are rewarded for not taking risks and for not thinking outside of the existing paradigm of the business.

Learning involves risk. Whether the method is “move fast and break things” or something more deliberate and considered (such as that outlined in Greger Wikstrand‘s post “Jobs to be done innovation”), there is a risk of failure. Where there is a culture of fear, people will avoid all failure. Even limited risk failure in the context of an acknowledged experiment will be avoided because people won’t trust in the powers that be not to punish the failure. In avoiding this type of failure, learning that leads to innovation is avoided as well. You can still learn from what others have done (or failed to do), but even then there’s the problem of finding someone foolhardy enough to propose an action that’s out of the norm for the organization.

Why would an organization foster this kind of culture?

Seth Godin’s post, “What bureaucracy can’t do for you”, holds the key:

It lets us off the hook in many ways. It creates systems and momentum and eliminates many decisions for its members.

“That’s the way the system works.”

Decisions involve risk, someone could make the wrong one. For that reason, the number of people making decisions should be minimized (not a position I endorse, mind you).

That’s the irony of top-down, bureaucratic organizations – often the culture is by design, intended to eliminate risk. By succeeding in doing so on the mundane level, the organization actually introduces an existential risk, the risk of stagnation. The law of unintended consequences has a very long arm.

This type of culture actually introduces perverse incentives that further threaten the organization’s long-term health. Creativity is a huge risk, you could be wrong. Even if you’re right, you’ve become noticeable. Visibility becomes the same as risk. Likewise, responsibility means appearing on the radar. This not only discourages positive actions, but can easily be a corrupting influence.

Fear isn’t the only thing we have to fear, but sometimes it’s something we really need to be concerned about.

This post is another installment of an ongoing conversation about innovation with Greger Wikstrand.

One thought on “Fear of Failure, Fear and Failure”